Do you know enough about the plight of Depression in the world today?

It is safe to say that, in today’s world, we all know someone with depression: it may even be you. It is not a distant illness or just a word people easily throw around, instead it is a real disease, affecting millions. In essence affecting every human being in some way, shape or form, sometime in their life and in your life.

Covid-19 is not the only pandemic we are facing. We face (and have been facing) another pandemic that the world is not talking enough about. It is called Depression.

According to the WHO [1] 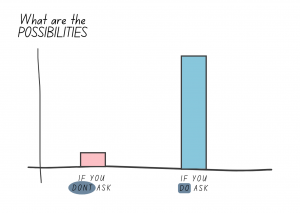 Do I have depression, take the quick questionnaire to find out more: https://www.connectablelife.com/employeewellness/is-what-i-am-feeling-depression

Knowing the impact of Depression.

According to WHO, “Depression is a common illness worldwide, with more than 264 million people affected. Depression is different from usual mood fluctuations and short-lived emotional responses to challenges in everyday life. Especially when long-lasting and with moderate or severe intensity, depression may become a serious health condition. It can cause the affected person to suffer greatly and function poorly at work, at school and in the family. At its worst, depression can lead to suicide. Close to 800 000 people die due to suicide every year. Suicide is the second leading cause of death in 15-29-year-olds.”

Statistically, depression is SO common, TOO common. So why is it hidden, shamed and not spoken of? Why are we scared to get the help we deserve? We are not alone in what can feel like a very lonely world. 1 in 4 people suffer with a mental disorder; that means that you or one of your close friends or family members more than likely does too. Let’s not make our loved ones feel embarrassed, ashamed, abnormal or alone: we sure wouldn’t want to feel that way.

Although there are known, effective treatments for mental disorders, between 76% and 85% of people in low- and middle-income countries receive no treatment for their disorder.  Barriers to effective care include a lack of resources, lack of trained health-care providers and social stigma associated with mental disorders; this is where a platform such as Connectable Life becomes so important. The soul aim is to remove as many of these boundaries as possible. Another barrier to effective care is inaccurate assessment. In countries of all income levels, people who are depressed are often not correctly diagnosed, and others who do not have the disorder are too often misdiagnosed and prescribed antidepressants not needed.

Possible causes include a combination of biological, psychological and social sources of distress. Increasingly, research suggests that these factors may cause changes in brain function, including the altered activity of certain neural circuits in the brain.”

The persistent feeling of sadness or loss of interest that characterises major depression can lead to a range of behavioural and physical symptoms. These may include changes in sleep, appetite, energy level, concentration, daily behaviour or self-esteem. Depression can also be associated with thoughts of suicide.

The mainstay of treatment is usually talk therapy and possibly medication or a combination of the two. Increasingly, research suggests that these treatments may normalise brain changes associated with depression.

According to Healthline, Conditions [3]  that can get worse due to depression include:

It’s important to realize that feeling down at times is a normal part of life. Sad and upsetting events happen to everyone. But, if you’re feeling down or hopeless on a regular basis, you could be dealing with depression.

Depression is considered a serious medical condition that can get worse without proper treatment. Those who seek treatment often see improvements in symptoms in just a few weeks.

According to MayoClinic, depression results from a complex interaction of social, psychological and biological factors. People who have gone through adverse life events (unemployment, bereavement, psychological trauma) are more likely to develop depression. It can, in turn, lead to more stress and dysfunction and worsen the affected person’s life situation and depression itself.

Effective community approaches to prevent depression include school-based programmes to enhance a pattern of positive thinking in children and adolescents. Interventions for parents of children with behavioural problems may reduce parental depressive symptoms and improve outcomes for their children. Exercise programmes for the elderly can also be effective in prevention.

According to Mayo Clinic, although depression may occur only once during your life, people typically have multiple episodes. During these episodes, symptoms occur most of the day, nearly every day and may include:

For many people with depression, symptoms usually are severe enough to cause noticeable problems in day-to-day activities, such as work, school, social activities or relationships with others. Some people may feel generally miserable or unhappy without really knowing why.

Symptoms in children and teens

Common signs and symptoms of depression in children and teenagers are similar to those of adults, but there can be some differences.

Depression is not a normal part of growing older, and it should never be taken lightly. Unfortunately, depression often goes undiagnosed and untreated in older adults, and they may feel reluctant to seek help. Symptoms of depression may be different or less obvious in older adults, such as:

There are effective treatments for moderate and severe depression. Health-care providers may offer psychological treatments such as behavioural activation, cognitive behavioural therapy (CBT) and interpersonal psychotherapy (IPT), or prescribed antidepressant medications. WHO recommends that Health-care providers should always keep in mind the possible adverse effects associated with antidepressant medication, the ability to deliver either intervention (in terms of expertise, and/or treatment availability), and individual preferences. Online therapy is incredibly effective and easily available.

Psychosocial treatments are effective for mild depression. The term psychosocial refers to an individual’s psychological development in and interaction with their social environment. Psychosocial treatments (interventions) include structured counselling, motivational enhancement, case management, care-coordination, psychotherapy and relapse prevention. Antidepressants can be an effective form of treatment for moderate-severe depression but are not the first line of treatment for cases of mild depression. They should not be used for treating depression in children and are not the first line of treatment in adolescents, among whom they should be used with extra caution and always prescribed by a professional.

If you find yourself relating to any of the signs and symptoms mentioned above, do not hesitate to reach out for help. It is easily accessible and readily available. We all have a story: we have all had ‘something’ happen that has affected, shaped or changed us. Your Story Matters! There are so many specialists waiting to listen: to listen to YOU, to listen to YOUR story. Never think it is too big and shameful and never believe that it is too small and unworthy. They don’t care what it is; they care about you. They come with no preconceived ideas about you and leave with no judgements of you.

Do our questionnaire and we will be more than happy to help you find YOUR therapist. Lighten Your Load; You Deserve It!

Why is Respect so Important?

If you are in a life-threatening situation, please do not use this site. Crisis helplines are listed in our website for all countries, please click on the button to find yours.
Helplines